In Defense of HD Moore 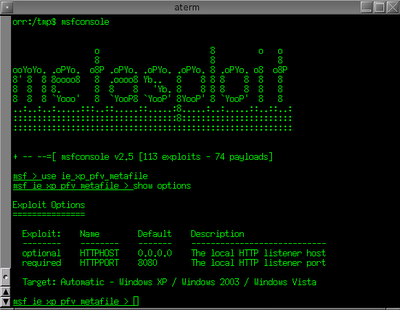 Thanks to Tom Ptacek, I learned of a truly lame SANS poll questioning the responsibility of the Metasploit ie_xp_pfv_metafile component. The poll results as of now show the following:

Regarding the first option -- what law exists against writing Metasploit components? About the last -- what "ends" are in play? I would have liked to have seen the following option:

Without a way to test the effectiveness of countermeasures, defenders are as much at the mercy of the intruders as they are the software vendors who fail to provide timely patches.

I found that many of the poll comments do not seem to reflect the majority of "Yes" (meaning "irresponsible") votes, and some reflect the sentiment of this post.

I highly recommend reading Tom's post and his link to criticism of SATAN in 1995. The history major in me speaks up once in a while to say "nothing ever changes."
exploits metasploit sans vulnerabilities