Showing posts from August, 2012
Show all

My Role in Information Warfare during the Yugoslav Wars

This morning I read a Tweet from @AirForceAssoc reminding me that: Today in Airpower History, August 30, 1995: NATO and U.S. aircraft began airstrikes on Serbian ground positions in Bosnia-Herzegovina to support the U.N. Operation Deliberate Force. The airstrikes, with a Bosnian-Croatian ground attack, convinced the Serbs to accept peace terms in late 1995. I'm not particularly fond of commemorating airpower campaigns, but the Tweet did remind me of the small part I played in the Yugoslav Wars of the 1990s. Many Americans remember the 1990s, and especially the Clinton presidency, as a "quiet decade" between the first Gulf War led by President GHW Bush and the so-called "Global War on Terror" led by President GW Bush. Instead of a quiet decade, I remember a an exceptionally busy time for the Air Force, including some of the first "information operations" that combined digital and physical effects. In fact, fifteen years ago, almost to the week
1 comment
Read more 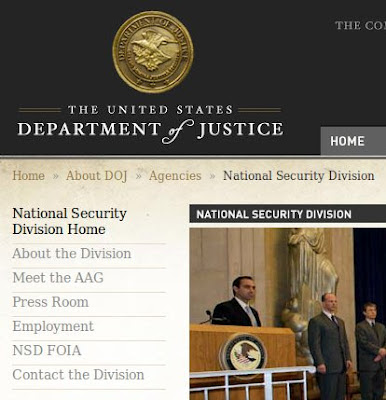 I just read Justice Department trains prosecutors to combat cyber espionage by Sari Horowitz, writing for the Washington Post. The article makes several interesting points: Confronting a growing threat to national security, the Justice Department has begun training hundreds of prosecutors to combat and prosecute cyber espionage and related crimes, according to senior department officials. The new training is part of a major overhaul following an internal review that pinpointed gaps in the department’s ability to identify and respond to potential terrorist attacks over the Internet and to the rapidly growing crime of cyber espionage, the officials said, describing it for the first time. In recent weeks, Justice has begun training more than 300 lawyers in Washington and nearly 100 more across the county in the legal and technical skills needed to confront the increase in cyber threats to national security... Under the reorganization, teams of specialized lawyers within NSD in Wa
Post a Comment
Read more
More posts