Showing posts from February, 2014
Show all

The Limits of Tool- and Tactics-Centric Thinking 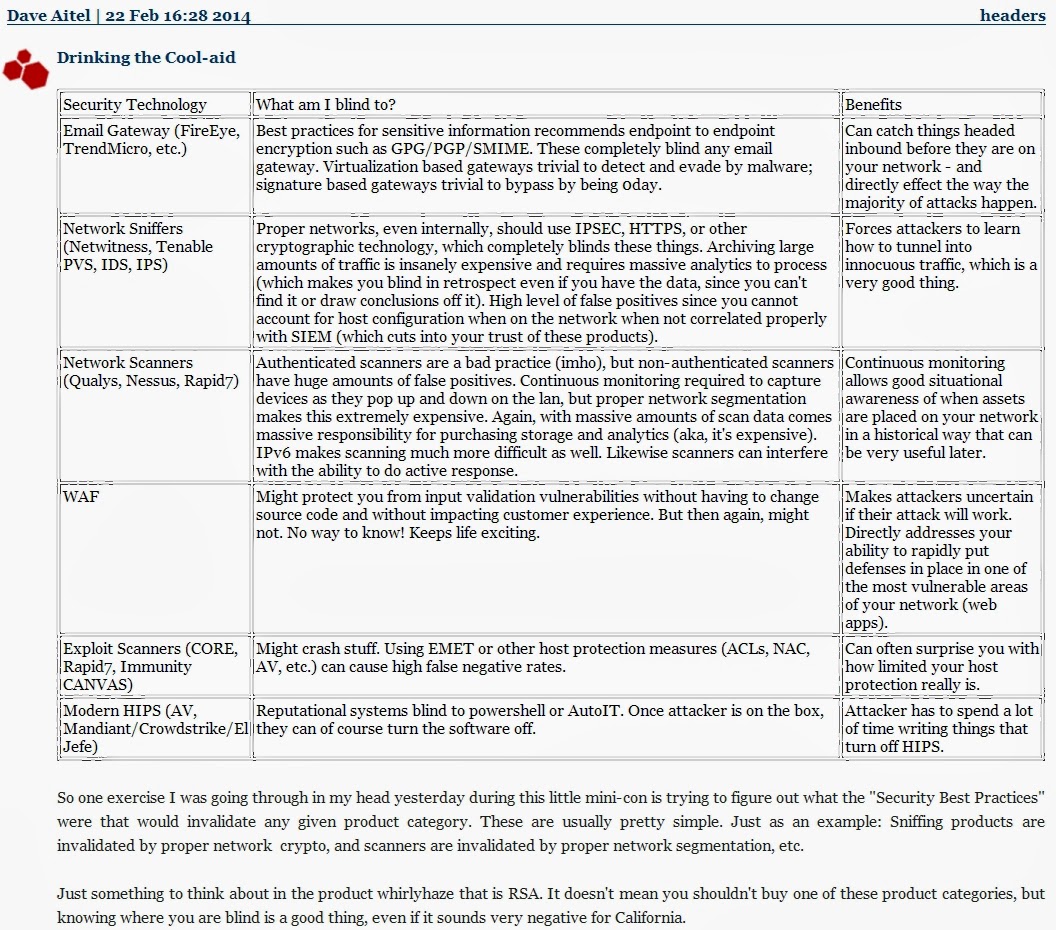 Earlier today I read a post by Dave Aitel to his mailing list titled  Drinking the Cool-aid . Because it includes a chart you should review, I included a screenshot of it in this blog, below. Basically Dave lists several gross categories of defensive digital security technology and tools, then lists what he perceives as deficiencies and benefits of each. Embedded in these pluses and minuses are several tactical elements as well. Please take a look at the original or my screenshot. I had three reactions to this post. First, I recognized that it's written by someone who is not responsible for defending any network of scale or significance. Network defense is more than tools and tactics. It's more often about people and processes. My initial response is unsatisfying and simplistic, however, even though I agree broadly with his critiques of anti-virus, firewalls, WAFs, and some traditional security technology. Second, staying within the realm of tools and tactics, Dave i
4 comments
Read more 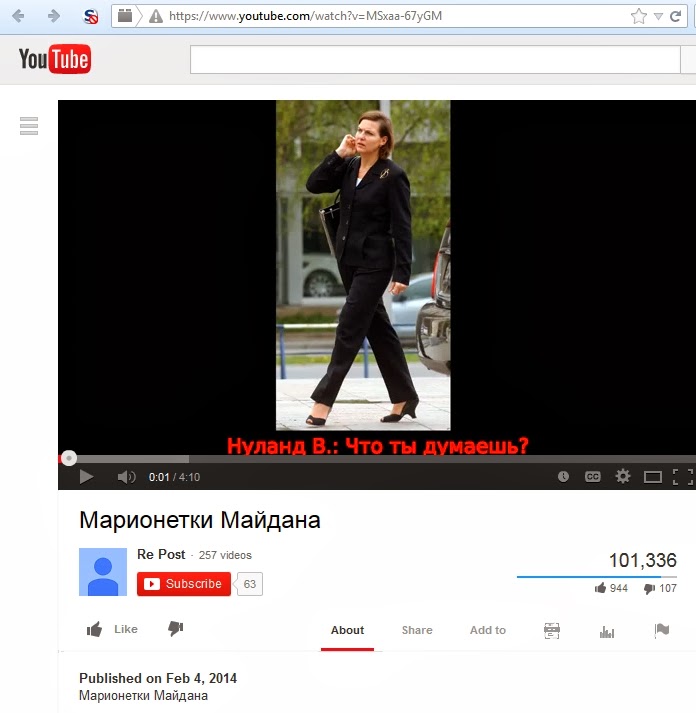 In all the hype about "cyberspace" and "cyberwar," it's easy to forget about information warfare. This term was in vogue in the military when I was an Air Force intelligence officer in the 1990s. The Russians were considered to be experts at using information to their advantage and they appear to continue to wield that expertise on a regular basis. The latest incarnation goes like this: 1. Unknown parties, probably Russian SIGINT operators, intercept and record a phone call between US Assistant Secretary of State Victoria Nuland and US Ambassador to Ukraine, Geoffrey Pyatt. In the phone call, the parties use language which could be considered inflammatory or insulting to EU politicians. 2. The interceptors pass the phone call recording to a private third party. 3. Either that third party, or some recipient down the line, posts the audio and a video overlay on Youtube . 4. The third party Tweets about the video. 5. Russian-sponsored television
3 comments
Read more
More posts