Showing posts from May, 2014
Show all

On Tuesday the 29th of April I delivered a keynote at the US Cyber Crime Conference in Leesburg, VA. The video is online although getting to it is more complicated than clicking on a link to YouTube. Here's what I did to access the video. First, visit this link for a "SabreCity" account. Fill in your "information" and click Register. You will then see a rude message saying "Registration for this conference is now closed." That's no problem. From the same browser now visit this link to go to the SabreCity "lobby." Click the "On Demand" button on the right side of the screen. Now you can access all of the videos from the conference. Mine is called "State of the Hack: 2014 M-Trends - Beyond the Breach." Click the green arrow to the left of the title to start the video. You may be interested in several of the other interesting speakers listed as well. Thank you to Jim Christy and his team for organizin
2 comments
Read more

Brainwashed by The Cult of the Quick 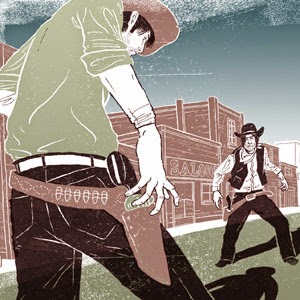 Faster is better! Those of us with military backgrounds learned that speed is a "weapon" unto itself, a factor which is "inherently decisive" in military conflict. The benefit of speed was so ingrained into my Air Force training that I didn't recognize I had been brainwashed by what Dr. Thomas Hughes rightly identified as The Cult of the Quick . Dr. Hughes published his article of this title in the Winter 2001 issue of the Aerospace Power Journal. His main point is the following: At a time when the American military has global commitments arrayed at variable threats, both real and potential, the Pentagon’s single-minded view of speed leaves the nation’s defenders poorly prepared for the range of military opposition and enemies they may face. Although Dr. Hughes wrote his article in 2001, his prescription is as accurate as ever. I found his integration of Edward Luttwak's point very telling: In the 1990s, the quest for swift war, replete with exit s
Post a Comment
Read more
More posts