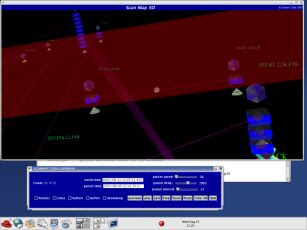 I haven't tried this yet, but called Scanmap3d is available to visually depict Snort alerts. The military has been interested in this sort of technology for years, which gave birth to Silent Runner. IF Scanmap3d displays alerts, that's interesting. I wonder if it could be adapted to display session data, perhaps from Argus? According to this May 03 press released, Silent Runner received a patent for their technology: