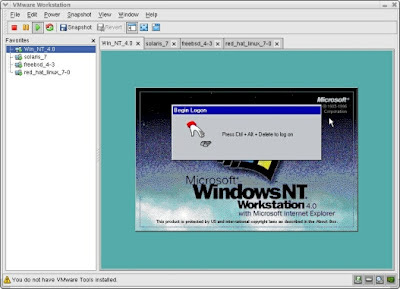 I installed Red Hat 9.0 on my IBM ThinkBrink (I mean ThinkPad) a20p yesterday. It has 384 MB RAM and a 20 GB hard drive. I then installed a trial version of VMWare 4 for Linux. Next, I installed images of Windows NT 4, Red Hat 7.0, FreeBSD 4.3, and Solaris 7 x86. I gave each OS 32 MB RAM and between 1-3 GB hard drive space. I was able to run all four OS simultaneously without a real problem, although I didn't run X in Linux and FreeBSD. Solaris offers a GUI by default but I began a command line session instead. This arrangement makes a decent lab environment, although more RAM would help. It's nice being able to run old operating systems in such small amounts of memory!
freebsd topcan