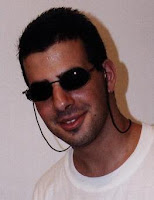 I read a name I hadn't seen in years today when I read Kim Zetter's story Israeli Hacker Known as "The Analyzer" Suspected of Hacking Again:

Canadian authorities have announced the arrest of a 29-year-old Israeli named Ehud Tenenbaum whom they believe is the notorious hacker known as "The Analyzer" who, as a teenager in 1998, hacked into unclassified computer systems belonging to NASA, the Pentagon, the Israeli parliament and others.

Tenenbaum and three Canadians were arrested for allegedly hacking the computer system of a Calgary-based financial services company and inflating the value on several pre-paid debit card accounts before withdrawing about CDN $1.8 million (about U.S. $1.7 million) from ATMs in Canada and other countries. The arrests followed a months-long investigation by Canadian police and the U.S. Secret Service.

The Analyzer was the "mastermind" behind Solar Sunrise, one of the original "so easy a Caveman could do it" intrusions -- back in 1998. Solar Sunrise was huge and it was one of several very rude awakenings I remember while serving in the Air Force that decade.

Seeing The Analyzer back in law enforcement custody reminds me of the post I made about Max Ray Butler and somewhat of my post Intruders Selling Security Software. It's all about trust.

Anonymous said…
The military getting hacked blows my mind. The way they are hacked is what is shocking. Its almost always gross negligence. Seems like they are trying to take it more seriously these days.
7:39 PM

Anonymous said…
This comment has been removed by a blog administrator.
4:19 AM