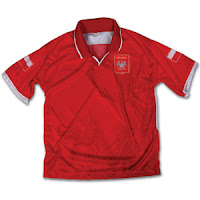 I realized after my previous post that not everyone may be familiar with the "color" system used to designate various military security teams. I referenced a "red team" in my post NSA IAM and IEM Summary, for example.

I thought it might be helpful to post my understanding of these colors and to solicit feedback from anyone who could clarify these statements.


Did I miss any colors?
favorites topcan

Clint Laskowski said…
And, in fact, this is why I called my company 'BlueHat Security", because I was helping clients defend and assess their security (meets both of your definitions), and because there is also a book about the six thinking hats (and the blue hat is kind of the 'big picture' hat or the meta hat).

Obviously, there is also the Microsoft BlueHat Security Conference. But I think I was using the name officially before they did.

www.bluehatsecurity.com
(this site is currently under re-development).