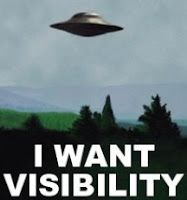 Right now you're [developers] being taught (hopefully) "secure coding." I would like to see the next innovation be security application instrumentation, where you devise your application to report not only performance and fault logging, but also security and compliance logging.

This is a forward-looking plea. In the meantime, we are stuck with numerous platforms, operating systems, applications, and data (POAD) for which we have zero visibility.

I suggest that enterprises consider hiring or assigning a new role -- Enterprise Visibility Architect. The role of the EVA is to identify visibility deficiencies in existing and future POAD and design solutions to instrument these resources.

What does this mean in real life? Here is an example. Let's say a company operates a FTP proxy for business use. Consider various stakeholders involved with that server and the sorts of visibility they might want:


These are all requirements that should be included in the design of the server before it is deployed. However, no one does all of this, and only a few organizations accomplish a few of these items. The role of the EVA is to ensure all of these requirements are built into the design.

When these requirements are not built into the design (as is the case with 95+% of all infrastructure, I would wager) it's the job of the EVA to work with concerned parties to introduce visibility through instrumentation. For example, how could the investigators' concern be met?

I believe that logging integrated into the application (i.e., the FTP process) is the best option when one is designing a new resource. When visibility is introduced after the asset is deployed, instrumenting it becomes more difficult.

If you hadn't guessed, I am becoming the de facto EVA in my job as director of incident response because I need data to detect and respond to incidents. However, all of the stakeholders are natural allies because they want to know more about various assets.

Thanks to the I want to believe generator for the image above.
favorites philosophy topcan visibility

dre said…
They're called "NMS Tools Developers" and they usually require experience with Cisco MIB's, the parts of Cisco configurations that have nothing to do with routing/switching/voice, Nagios, SEC, RRDTool, XHTML, Javascript, at least one scripting language (usually Perl or Python), MySQL, Syslog, and SNMP.

They used to be called "Openview" or "Tivoli" or "Netcool" consultants, also known by their better sounding name, `system integrators'.

Speaking of which, Opsware just got bought by HP.
10:44 AM

That's traditional NMS, and I'm aware of that -- but it's only part of my concern. Traditional NMS is basically performance and fault management, which is definitely important but not the same as what I'm describing. It's also not system integration because just about all system integrators completely ignore what I'm discussing, aside from being able to "ping the box," i.e., "I can ping it -- it's good!" Ouch.
10:49 AM

Anonymous said…
I thought this "oversight" fell within the jurisdiction and domain of the Enterprise Architect. Building "visibility" in is the same thing as building "security" in...

Why do we need yet another TOAD fragmenting the view of the POAD? ;)

The acronym soup associated with creating new titles to backfill for people who are just not doing the job seems to me to be treating the symptom and not the problem.

I thought of that too. You could say there should be no security people because security should be integrated. It's certainly not the case for legacy services and it's still not the case for future services. Furthermore, most people think security == prevention, so they think nothing bad will happen to their app. That is why you will never hear me say "prevention" again -- I say "resistance" because prevention eventually fails.

Incidentally I would be happy if all of this were integrated but it's clearly not. :(
11:24 AM

It's a sad indictment as to the state of affairs, but just look at what this fragmentation is doing in the security & "risk management" space. We have:

...dem's a lot of Chiefs! How many of these functions overlap to the point of diminishing value where the number of eyes on the problem yields negligible return since accountability becomes so distracted.

I suppose we're really stating the same problem but from different perspectives; I think we should hold existing Enterprise Architects responsible and you think we should create a new position.

'round and 'round we go?

Either way, I agree, the problem needs to be solved.

Anonymous said…
This comment has been removed by a blog administrator.
6:36 AM