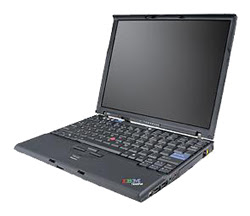 Many years ago I thought multibooting operating systems was quite the cool thing to do. This was before VMware when my budget was tighter and so was my living space. Recently with my new laptop configuration I moved to an all-Ubuntu setup, upon which I loaded VMware Server. VMware Server had Windows XP and FreeBSD 6.2 VMs at its disposal. I've spent nearly all my time in Ubuntu, never really needing to turn to Windows or FreeBSD for desktop work.

With the arrival of Ubuntu 7.04, I decided to try a new approach with my laptop. The OEM HDD was 60 GB, which is somewhat small given my use of VMs. Furthermore, I fairly regularly buy brand new hard drives when I make major operating system shifts. I think the best backup I could ever have is an entire old hard drive, and HDDs are cheap compared to the value of the data on them. Moving from 6.10 to 7.04 seemed like a good time to replace the 60 GB HDD with a Seagate Momentus 5400.3 ST9160821AS 160GB 5400 RPM 8MB Cache Serial ATA150.

I also decided to go back to a multiboot situation for those extraordinary circumstances when VMware just won't do. I foresee two situations which require something besides Linux. First, I've been unable to use Skype or other sound utilities on Ubuntu due to some weird sound driver issues. This compels me to reload Windows XP from the recovery CD in order to access the Windows sound drivers shipped by Lenovo. Second, I am attending Black Hat this summer, and I don't trust Windows or Linux to that crowd. Sure, FreeBSD is "just as vulnerable" but the majority of the attackers will be looking for Windows and Linux users. Booting into FreeBSD and staying there will reduce my exposure surface.

In order to triple-boot, I started by reinstalling Windows XP from the Lenovo recovery CD and DVD. Good grief, what a painful and long process. Sure, it worked, but it just looked ugly. Thankfully the media booted from a USB optical drive. I also have to remove all the vendor garbage installed on top of Windows. Ugh. At least Windows XP is available now.

Next, I installed Ubuntu 7.04 (desktop edition), again using the external optical drive. I used Gparted to create a partition for FreeBSD, then let Ubuntu take the remaining biggest chunk for itself. Ubuntu installed without a hitch -- very nice.

Finally, I installed FreeBSD. Being my favorite OS, I was ambitious. I decided to try the newest 7.0 CURRENT snapshot (200706), released within the last few days. Unfortunately, I couldn't get FreeBSD to install from the external optical drive. I decided to try PXE booting, but I couldn't get all the way through the installation. I then downshifted to 6.2 RELEASE and my life got easier. Here's what I set up.

I made my old Thinkpad a20p the PXE server. I created a /freebsd directory to hold the contents of the /boot directory on the 6.2 RELEASE CD-ROM, i.e.:

Notice the presence of mfsroot in that directory. That is not what ships on the CD -- mfsroot.gz is the original file:

Use 'gzip -d mfsroot.gz' to create the mfsroot file needed by the installation process. Also, edit loader.conf to have the following:

Now I enabled TFTP and told it where to find what the installation needed:

Note what the original says and how I changed it. The omission of the -s flag is probably not needed. Be sure to start inetd via 'inetd' as root.

I added these to /etc/rc.conf to enable DHCP.

fxp0 is the interface connected to the x60s.

Thus far the PXE client will be able to access the pxeboot program, but the installer needs NFS to continue the process. For that I created this /etc/exports file:

These lines in /etc/rc.conf enabled inetd and NFS:

It's a good idea to test what's exported.

Initially I wanted to set up the a20p as a NATing gateway from the x60s, so the x60s could reach the Internet. I ended up just pointing the installer towards 1.1.1.1:/cdrom and using NFS to retrieve the installation sets. I installed the User distribution because I want to try the new modular Xorg 7.2 later. When done FreeBSD looked like this via df -h:

The major setback for the x60s with FreeBSD is lack of native support for the wireless NIC. I plan to try the ClearChain Intel 3945ABG driver at some point. Right now I'm just using an old wireless NIC recognized as wi0.

To enable FreeBSD in Ubuntu's GRUB boot loader, I added this entry:

I based this on the following fdisk -l output from Linux.

Overall I'm pleased with this setup. I would have liked trying FreeBSD 7.0 CURRENT but 6.2 will meet my needs. FreeBSD on the Lenovo Thinkpad X60s by M.C. Widerkrantz has some tips, as does JoeKuze.com.