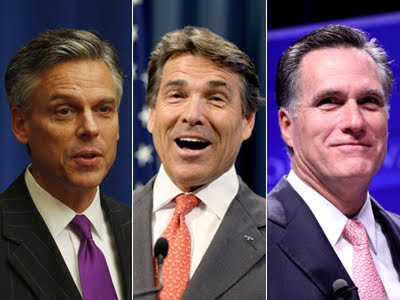 This is not a political blog, so I'm not here to endorse candidates. However, I do want to point out another example of high-level policymakers discussing ongoing activities by China against the US and other developed economies.

First, the Washington Post published an editorial by Mitt Romney which included the following:

China seeks advantage through systematic exploitation of other economies. It misappropriates intellectual property by coercing “technology transfers” as a condition of market access; enables theft of intellectual property, including patents, designs and know-how; hacks into foreign commercial and government computers...

The result is that China sells high-quality products to the United States at low prices. But too often the source of that high quality is American innovations stolen by Chinese companies.

I missed this in August, but former ambassador to China Jon Huntsman said the following during a debate:

Huntsman Jr. pointed to China as a culprit in what he described as “the new war field” — cyber-intrusion as a way to steal corporate and government secrets. “Not only have government institutions been hacked into, but private individuals have been hacked, too. It’s gone beyond the pale,” Huntsman said.

The third candidate in the photo, Rick Perry, is also involved in the China debate. He's currently defending Texas' relationship with Huawei.

I'm going to be fairly strict regarding comment publishing for this post, so please be civil, nonpolitical, and relevant. Again, my point is to show that Chinese cyber campaigns are now a hot topic in political campaigns.

Sanjay Kapoor said…
Thanks for the informative post Richard. It's a little crazy that it took all this time for Washington to finally bring the issue of security in the spotlight and more importantly the main culprits like China.
4:16 AM

greylogic said…
It'll be interesting to see how Perry's relationship with Huawei, whose Chairman used to work for the MSS (China's foreign intelligence service) reconciles his position with the majority view that China is involved in cyber-espionage on a massive scale.
9:46 AM

Anonymous said…
I am wondering if any of the other candidates have said a word about this. If not they should.
3:55 PM