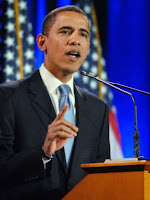 I was very surprised to read REMARKS BY THE PRESIDENT ON SECURING OUR NATION'S CYBER INFRASTRUCTURE, delivered yesterday. TaoSecurity Blog had received a copy of the President's prepared remarks, but about 2/3 of the way through the live version the President went off-copy. For the sake of my readers I've published the material the President omitted.

...And last year we had a glimpse of the future face of war. As Russian tanks rolled into Georgia, cyber attacks crippled Georgian government websites. The terrorists that sowed so much death and destruction in Mumbai relied not only on guns and grenades but also on GPS and phones using voice-over-the-Internet.

[Here is where the Presidential train left the tracks.]

When considering cyber security, we must recognize that our problems are multi-dimensional.

The second dimension involves the custodians of information assets, which we collect into three broad groups. The first group includes Federal, state, and local governments, with their various departments and agencies. The second group includes corporate, nonprofit, university, and related elements of the private sector. The third group includes individual citizens.

The third dimension involves threats to our information assets, which we collect into three broad groups. The first group includes criminals who attack information assets primarily for financial gain. When the term criminal applies to terrorists we must also consider their desire to achieve political ends as well. The second group includes economic competitors, taking the form of companies acting independently or in concert with national governments. The third group includes nation-state actors and countries, who threaten information assets through espionage or direct attack.

In addition to the three dimensions of cyber security, we must recognize certain environmental factors that weigh upon possible approaches.

First, traditional cyber security thinking has focused on vulnerabilities in the digital world. Many believe that addressing vulnerabilities through better coding or asset management would solve the cyber security problem. However, outside the digital world, vulnerabilities are all around us. Every human is vulnerable to being shot, yet none of us in this room is wearing a bullet-proof vest. Well, almost no one. [laughter] If you leave this building, you still won't wear a bullet-proof vest in public. Why is that? You're exposed, you're vulnerable, but what keeps you safe from threats to your well-being? The answer is that our government and its protective agencies -- police, the military, and so on -- focus more on threats than on vulnerabilities. We deter criminals and prosecute those who do harm us. Cybersecurity is no different. Behind every cyber attack is a human agent acting for personal, organizational, or national gain. However, too much effort is applied to addressing vulnerabilities, when the real problem has always been the threats who seek to exploit vulnerabilities.

Second, cyber security incidents are extremely opaque compared to their non-digital counterparts. If criminals shoot down an airliner, no one can ignore the disaster. Following the previous point, few people turn to the construction of the aircraft when such a heinous act occurs; rather, the perpetrators are hunted and brought to justice. However, when personally identifiable information is stolen from a company, the true victims -- the American citizens now at risk for identity theft -- may never know what happened. Many states have breach disclosure laws, but those laws do not require an explanation of the nature of the attack. As a result, no other organizations can learn how security controls failed at the victimized company.

Third, the costs of cyber security incidents are often not borne by those who should be protecting information assets from attack. This results in the misalignment of incentives. If a company processing personally identifiable information is breached, the majority of the cost is borne by the citizens whose identities are stolen. The company may pay for credit monitoring services, but that cost is insignificant compared to that borne by the citizen. If a software company ships a product riddled with bugs, it generally bears no cost whatsoever if intruders exploit that software once deployed by the customer. The marketplace tends to not punish vendors who sell vulnerable software because the benefits of the software are perceived to outweigh the costs. This makes sense when the customer is a company, and the breach results in stolen PII -- with costs again borne by the citizen, not the company.

These three environmental factors point to a need to change the mindset around cyber security, as well as the need for greater transparency and better alignment of incentives and costs with those who receive benefits from information assets.

Given this understanding of the problem, my administration will take the following actions regarding cyber security.

These seven steps are concrete actions that will have more impact than appointing a single person to try to "coordinate" cyber security across the multiple dimensions and environmental factors I described earlier. Thank you for you time. [applause]

Note: If you read this far I am sure you know this was not the President's "real speech." This is what I would have liked to have heard.

Anonymous said…
You suckered me!

I got to the NDSB stuff and thought "Wow. someone on Obama's staff must be a Taosecurity reader, this could actually make a difference."

Ironically and in case your ego isn't big enough, My wife asked me yesterday what I thought the chances were you'd be appointed...
6:45 PM

gnarlysec said…
Haha, I read all of the post but the last "Note" at the end where you said it wasn't his real speech. I started writing up my thoughts on the new "Cyber Force" here http://gnarlysec.blogspot.com/2009/06/cyber-force.html and found the note when I was about half way through finishing up my thoughts. I finished my post, pretending it was real though :) Great ideas!
11:41 AM

Amanda said…
Clearly, attribution will be difficult to prove. but there are significant possible implications, beyond further proof that cyber warfare is becoming a part of mainstream international conflict.
2:15 PM