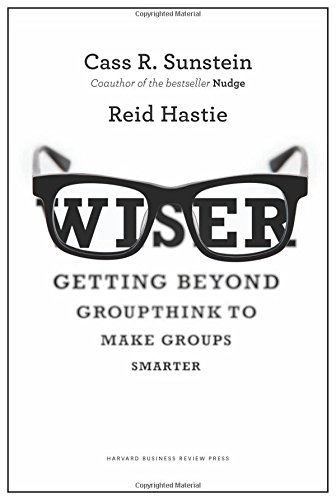 On January 7, 2015, FBI Director James Comey spoke to the International Conference on Cyber Security at Fordham University. Part of his remarks addressed controversy over the US government's attribution of North Korea as being responsible for the digital attack on Sony Pictures Entertainment.

Near the end of his talk he noted the following:

I noticed some people in the technical security community expressing confusion about this statement. Isn't a red team a bunch of hackers who exploit vulnerabilities to demonstrate defensive flaws?

In this case, "red team" refers to a group performing the actions Director Comey outlined above. Harvard Professor and former government official Cass Sunstein explains the sort of red team mentioned by Comey in his new book Wiser: Getting Beyond Groupthink to Make Groups Smarter. In this article published by Fortune, Sunstein and co-author Reid Hastie advise the following as one of the ways to avoid group think to improve decision making:

Many groups buy into the concept of devil’s advocates, or designating one member to play a “dissenting” role. Unfortunately, evidence for the efficacy of devil’s advocates is mixed. When people know that the advocate is not sincere, the method is weak. A much better strategy involves “red-teaming.”

This is the same concept as devil’s advocacy, but amplified: In military training, red teams play an adversary role and genuinely try to defeat the primary team in a simulated mission. In another version, the red team is asked to build the strongest case against a proposal or plan. Versions of both methods are used in the military and in many government offices, including NASA’s reviews of mission plans, where the practice is sometimes called a “murder board.”

Law firms have a long-running tradition of pre-trying cases or testing arguments with the equivalent of red teams. In important cases, some law firms pay attorneys from a separate firm to develop and present a case against them. The method is especially effective in the legal world, as litigators are naturally combative and accustomed to arguing a position assigned to them by circumstance. A huge benefit of legal red teaming is that it can helpt clients understand the weaknesses of their side of a case, often leading to settlements that avoid the devastating costs of losing at trial.

One size does not fit all, and cost and feasibility issues matter. But in many cases, red teams are worth the investment. In the private and public sectors, a lot of expensive mistakes can be avoided with the use of red teams.

Some critics of the government's attribution statements have ignored the fact that the FBI took this important step. An article in Reuters, titled In cyberattacks such as Sony strike, Obama turns to 'name and shame', add some color to this action:

The new [name and shame] policy has meant wresting some control of the issue from U.S. intelligence agencies, which are traditionally wary of revealing much about what they know or how they know it.

Intelligence officers initially wanted more proof of North Korea's involvement before going public, according to one person briefed on the matter. A step that helped build consensus was the creation of a team dedicated to pursuing rival theories - none of which panned out.

If you don't trust the government, you're unlikely to care that the intelligence community (which includes the FBI) red-teamed the attribution case. Nevertheless, it's important to understand the process involved. The government and IC are unlikely to release additional details, unless and until they pursue an indictment similar to the one against the PLA and five individuals from Unit 61398 last year.

Thanks to Augusto Barros for pointing me to the new "Wiser" book.

Matt H said…
I used to "red team" propose courses of action at the tactical level (battalion and brigade) in my Army days.

Those who thought "red team" applies only to network attack/defense betray the narrowness of their experience. There's a lot of value to having people in infosec with broad backgrounds.
1:22 PM

jbmoore said…
The "Red Team" could be ineffective if it suffers from sample bias, i.e. picking members who have no expertise in the field or who have a conflict of interest. I don't doubt the effectiveness of the technique.

The problem lies in the politics of the situation. It may be politically expedient to blame North Korea for a number of reasons regardless of whether the evidence supports the conclusion. For one, it gets Sony off the hook. Few corporations have the resources to fend off a nation state attack. Strategically, it is a good bluff and may keep other nation states from being more aggressive towards the US and its businesses. Schneier has pointed this out. Third, the FBI has made attributions before, only to revoke them. The Olympic bomb incident and the Anthrax investigation come to mind. The latter was as technically complicated as the Sony hacks, perhaps more so. One scientist had his reputation smeared even though he was eventually cleared. The FBI has not given a great impression of its investigative abilities in several high profile cases over the last twenty years. Perhaps Sony will be a feather in their cap. I wish they had waited until they had concluded the investigation to point fingers.
9:59 AM