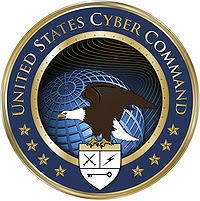 The new commander of the military’s cyberwarfare operations is advocating the creation of a separate, secure computer network to protect civilian government agencies and critical industries like the nation’s power grid against attacks mounted over the Internet.

The officer, Gen. Keith B. Alexander, suggested that such a heavily restricted network would allow the government to impose greater protections for the nation’s vital, official on-line operations. General Alexander labeled the new network “a secure zone, a protected zone.” Others have nicknamed it “dot-secure.”

It would provide to essential networks like those that tie together the banking, aviation, and public utility systems the kind of protection that the military has built around secret military and diplomatic communications networks — although even these are not completely invulnerable.

I think it would be far cheaper, and more effective, to engage the diplomatic and economic instruments of power to convince threats that they should keep their military and state hands out of American private enterprise.

I totally agree with you, particularly with respect to #5.

Anonymous said…
'"Separation" is a fool's goal' .. really?? Them there are fighting words. I know you are a major advocate of threat based security, but limiting system's communications to the minimum amount necessary sounds an awful like fundamental good practice to me. Giving one example where separation didn't completely work (do you have any metrics on whether it helped to reduce the impact?) doesn't mean you should completely write a control off, surely?

Laurent D said…
Step 1: Buy/Hack/Use a company that is already in the dot secure to acces other companies in the same zone.

Anonymous said…
I think item #3 is the biggest issue. We can already see a problem with scope in the excerpt you included which goes from power grid to banking, aviation, etc. And that's not even to start digging into what capabilities they want to build into this...which itself certainly won't be pretty. We'll go from "simple" networking requirements to piling on everything anyone can think of. It just won't ever get going. Everyone will be interested in building it perfect the first time, which can't happen, rather than a long-term evolution.

What about a bank that ends up being owned by someone else we maybe shouldn't trust? You pretty quickly need the same amount of protection inside this secure area as you do in the general Internet.

This sounds like a path backwards from the trend of interconnectivity.

Anonymous said…
Please respond to Bob's comment about separation. Separation is a fundamental security control that is a part of defense in depth.
10:59 AM

Dan said…
I have to agree with Bob, separation is NOT a "fool's goal". Air-gaps provide actual security - they are one of the few things that do. If air-gaps are being foiled by the lazy and/or incompetent - that is a totally different issue. We'd be better off with more air-gaps not less. (Why exactly are civilian power control networks connected to the Internet?)

If we built a "dot-secure" why would we be hooking all of these disparate organizations to it? Does the DoD really need to share a secure link to the civilian power infrastructure? Does the DoEd need to talk to the military on a secure network with any frequency? The value of a network does not always increase as the numbers of participants increases. Sometimes the value of a network is dependent on it NOT being ubiquitous.

It's appropriate that this presentation was given at the cryptologic museum - because the thinking behind it certainly belongs in a museum.
12:25 PM

Dan said…
>How many hundreds of millions, or billions of dollars of taxpayer money could be wasted on "dot-secure," only to see DoD report to the Secretary or the President in 5 or 8 years that the network is also thoroughly compromised. Oops!

You know... Something about this scheme reminds me of this: http://www.youtube.com/watch?v=T2PdyxMtiYM

"If we built this large wooden badger..."

Richard Bejtlich said…
I called separation a fool's goal because, while it's a nice idea, it will totally fail. It will be as real and effective as the "air gaps" between industrial control systems and the Internet. Oh wait...
4:00 PM

As a Reuters reporter on deadline, I'd like to speak to you by telephone if possible regarding your interesting dot secure points. It's for a piece on this subject.

Please ping me if you have a free moment: jim.wolf at thomsonreuters.com
Thank you very much in advance,
4:00 PM

I left a long comment describing why I feel isolation is an effective control, but this was indeed a fool's errand. Apparently it was too long for the form and I lost it all - ha!

I reproduced my thoughs in my blog here. I welcome any comments, feel free to leave them here in Richard's blog, or in mine (or both).

Anonymous said…
This is exactly right. It'll start out secure and a month later someone will have connected something. This happens all the time - people are in a hurry, or they need to recharge a mobile device and plug it in, or they add COTS. I'm surprised the idea is still around.
12:49 PM