The following screenshot shows Dustin asking "Can you show me what the last severity medium event was?" and Siri answering. 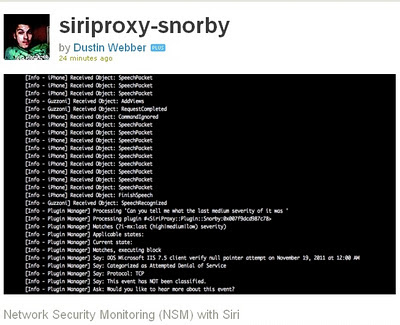 Later he asks Siri to tell him about "incident 15": 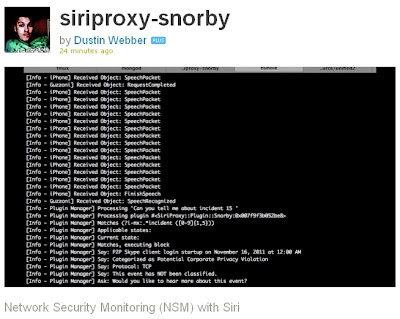 Near the end Dustin asks Siri if she likes Network Security Monitoring: 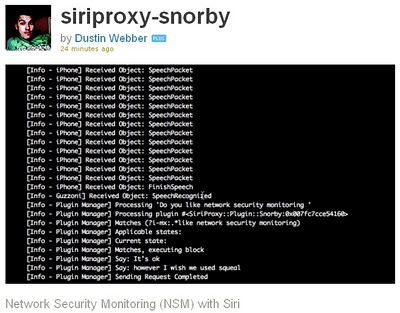 This is just about the coolest thing I've seen all year. Ten years ago I thought it was cool to listen to Festival read Sguil events out loud -- now Dustin shows how to interact with a NSM platform by voice command. Amazing!