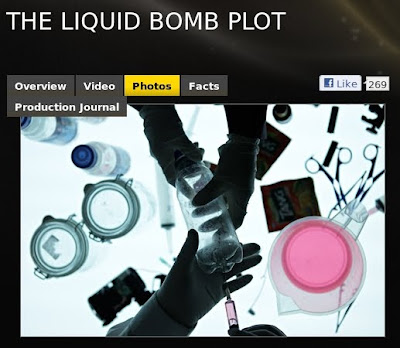 Over the last week I've been watching a new National Geographic Channel documentary titled The Liquid Bomb Plot. It explains how British intelligence detected and thwarted an AQ operation to destroy at least seven aircraft flying from the UK to the US in August 2006. The show is excellent and features first-hand accounts, including key US personnel like Secretary Chertoff and General Hayden.

I recommend watching this show because it demonstrates the tensions between the law enforcement and intelligence communities. The content also touches on the question of whether counter-AQ operations are legal affairs or military affairs.

After the show you will be less likely to doubt the value of US and UK intelligence operations (and those of our allies), even after the demise of UBL.

Furthermore, you can probably imagine how this sort of intel-centric operation is similar to the new sorts of wars we're fighting else -- i.e., in the digital domain.
Tweet

Alex said…
This was one of the most scary documentaries next to 9-11.

One would think we are in bed with the Brit's, but this documentary clearly shows how tense relationships are between intelligence agencies especially when lives are at stake. Contains first hand accounts from some of the key players during that time as well. Well produced documentary.