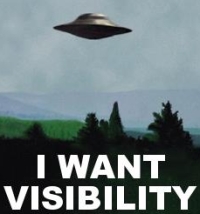 Long-time blog readers should know that I don't rely on tools to defend my enterprise. I rely on people first, followed by tools, then processes. However, today I took a moment to consider the myriad of really cool work happening (mainly) in the open source tool community. When I started counting, I found about seven projects that are likely to help you defend your enterprise.

Most of these require some commitment of brainpower and willingness to learn, but I am nevertheless very pleased to see this much innovation on the defensive side. Collectively these projects do not "solve" any problems (nor should they), but I am certain they can help address one or more problems you may encounter -- especially regarding visibility. In other words, these are the sorts of tools (with one or two exceptions) that will help you detect and respond to intruders.

These are numbered for reference and not for priority.

Check these out if you have some time!
Tweet
securityonion visibility

Unknown said…
Anything new happening with SGUIL? It's been stuck at 0.7 for SOOOOOO VERY LONG!!
9:43 PM

philippe said…
what about ossec? really like that one personally
11:36 PM

Unknown said…
well ... to answer both mr_clark and philippe at the same time :

there's a new beta agent that takes ossec logs from alerts.log and feeds them into sguil.

OSSEC has also been added to Security Onion.
7:42 AM

Anonymous said…
Thank you Richard for your kind comments, hopefully I am making progress
11:32 AM

bamm said…
Man, I've been getting beat up about this again and again. I am working on getting a new release out. Really.
12:30 PM

David said…
On bro: I've done a bit of hacking on it and a set of policy scripts to help with retrospective analysis. I just posted what I had in my fossil repo to chiselapp (not sure how stable they are...): http://chiselapp.com/user/potatohead/repository/NSM_Dino/index

- Easy steps to follow to run on a collection of PCAPs: http://chiselapp.com/user/potatohead/repository/NSM_Dino/wiki?name=dvessey-bro-analysis-howto


The output formats used were meant to make inserting in a SQL database easier. As I moved through development, I figured it would probably be better to split stuff up into multiple tables for sampling then use a merge table for querying your whole dataset.

Wim--The OSSEC Agent for Sguil is actually not new; it has been around since 2007. It's still in "beta", but seems to perform properly.

All--If you have any questions or suggestions for Security Onion, please let me know.

Thanks,
Doug Burks
http://securityonion.blogspot.com
6:25 AM