"Protect the Data" from Whom? 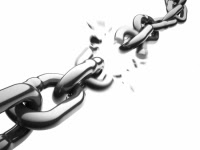 This is a follow-on from my "Protect the Data" Idiot! post. Another question to consider when someone says "protect the data" is this: "from whom?" The answer makes all the difference.

I remember a conversation I overheard or read involving Marcus Ranum and a private citizen discussing threats from nation-state actors.

Questioner: How do you protect yourself from nation-state actors?

I outlined this approach in my posts The Best Cyber-Defense..., Digital Situational Awareness Methods and Counterintelligence Options for Digital Security:

[T]he best way to protect a nation's intelligence from enemies is to attack the adversary's intelligence services. In other words, conduct aggressive counterintelligence to find out what the enemy knows about you.

In the "protect the data" scenario, this means knowing how the adversary can access the containers holding your data. Nation-states are generally the only organizations with the discipline, experience, and funding to conduct these sorts of CI actions. They are not outside the realm of organized crime or certain private groups with CI backgrounds.

To summarize, it makes no sense to ponder how to "protect the data" without determining what adversaries want it. If we unify against threats we can direct our resources against the adversaries we can possibly counter independently, and then petition others (like our governments and law enforcement) to collaborate against threats that outstrip our authority and defenses.
counterintelligence philosophy topcan

Anonymous said…
Richard,
this is a great series of post. I laughed so hard when i read the Marcus quote. I can image the "Point Counter Point" with Marcus and Bruce Schneier on this one - it would be a short agreement!