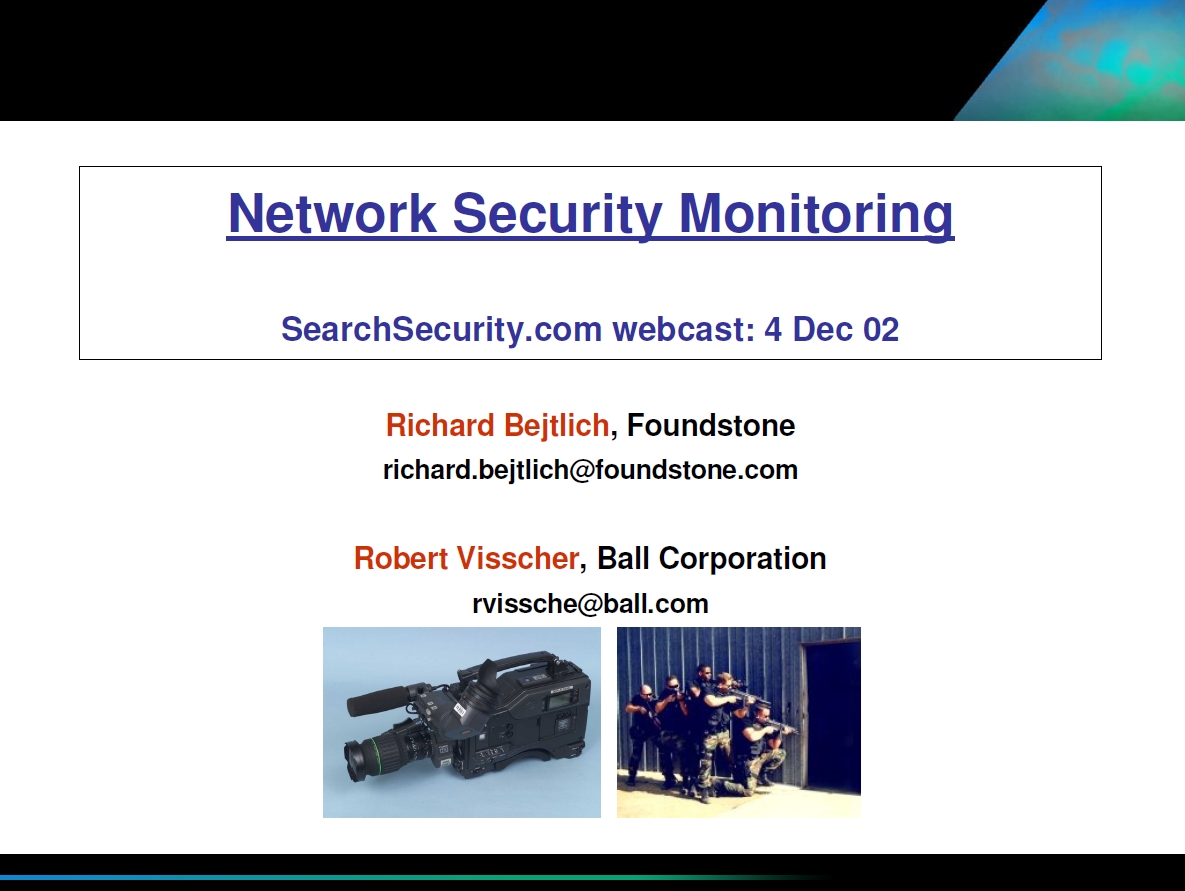 Last week I was pleased to deliver the keynote at the first Security Onion Conference in Augusta, GA, organized and hosted by Doug Burks. This was probably my favorite security event of the year, attended by many fans of Security Onion and the network security monitoring (NSM) community.

Doug asked me to present the history of NSM. To convey some of the milestones in the development of this operational methodology, I developed these slides (pdf). They are all images, screen captures, and the like, but I promised to post them. For example, the image at left is the first slide from a Webinar that Bamm Visscher and I delivered on 4 December 2002, where we presented the formal definition of NSM the first time. We defined network security monitoring as

the collection, analysis, and escalation of indications and warnings to detect and respond to intrusions.

You may recognize similarities with the intelligence cycle and John Boyd's Observe - Orient - Decide Act (OODA) loop. That is not an accident.

During the presentation I noted a few key years and events:


As I noted in my presentation,. the purpose of the talk was to share the fact that NSM has a long history, some of which happened when many practitioners (including myself) were still in school.

Finally, I wanted to emphasize that NSM is not just full packet capture or logging full content data. NSM is a process, although my latest book defines seven types of NSM data. One of those data types is full content. You can read about all of them in the first first chapter of my book at the publisher Web site.