Bejtlich on the APT1 Report: No Hack Back 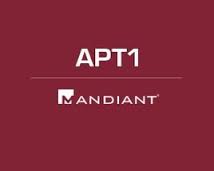 Before reading the rest of this post, I suggest reading Mandiant/FireEye's statement Doing Our Part -- Without Hacking Back.

I would like to add my own color to this situation.

First, at no time when I worked for Mandiant or FireEye, or afterwards, was there ever a notion that we would hack into adversary systems. During my six year tenure, we were publicly and privately a "no hack back" company. I never heard anyone talk about hack back operations. No one ever intimated we had imagery of APT1 actors taken with their own laptop cameras. No one even said that would be a good idea.

Second, I would never have testified or written, repeatedly, about our company's stance on not hacking back if I knew we secretly did otherwise. I have quit jobs because I had fundamental disagreements with company policy or practice. I worked for Mandiant from 2011 through the end of 2013, when FireEye acquired Mandiant, and stayed until last year (2017). I never considered quitting Mandiant or FireEye due to a disconnect between public statements and private conduct.

Third, I was personally involved with briefings to the press, in public and in private, concerning the APT1 report. I provided the voiceover for a 5 minute YouTube video called APT1: Exposing One of China's Cyber Espionage Units. That video was one of the most sensitive, if not the most sensitive, aspects of releasing the report. We showed the world how we could intercept adversary communications and reconstruct it. There was internal debate about whether we should do that. We decided to cover the practice in the report, as Christopher Glyer Tweeted: 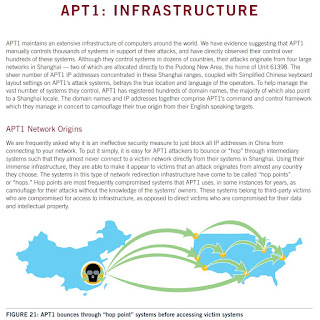 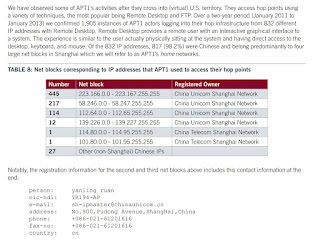 In none of these briefings to the press did we show pictures or video from adversary laptops. We did show the video that we published to YouTube.

Fourth, I privately contacted former Mandiant personnel with whom I worked during the time of the APT1 report creation and distribution. Their reaction to Mr Sanger's allegations ranged from "I've never heard of that" to "completely false." I asked former Mandiant colleagues, like myself, in the event that current Mandiant or FireEye employees were told not to talk to outsiders about the case.

What do I think happened here? I agree with the theory that Mr Sanger misinterpreted the reconstructed RDP sessions for some sort of "camera access." I have no idea about the "bros" or "leather jackets" comments!

In the spirit of full disclosure, prior to publication, Mr Sanger tried to reach me to discuss his book via email. I was sick and told him I had to pass. Ellen Nakashima also contacted me; I believe she was doing research for the book. She asked a few questions about the origin of the term APT, which I answered. I do not have the book so I do not know if I am cited, or if my message was included.

The bottom line is that Mandiant and FireEye did not conduct any hack back for the APT1 report.

Update: Some of you wondered about Ellen's role. I confirmed last night that she was working on her own project.
apt fireeye mandiant topcan